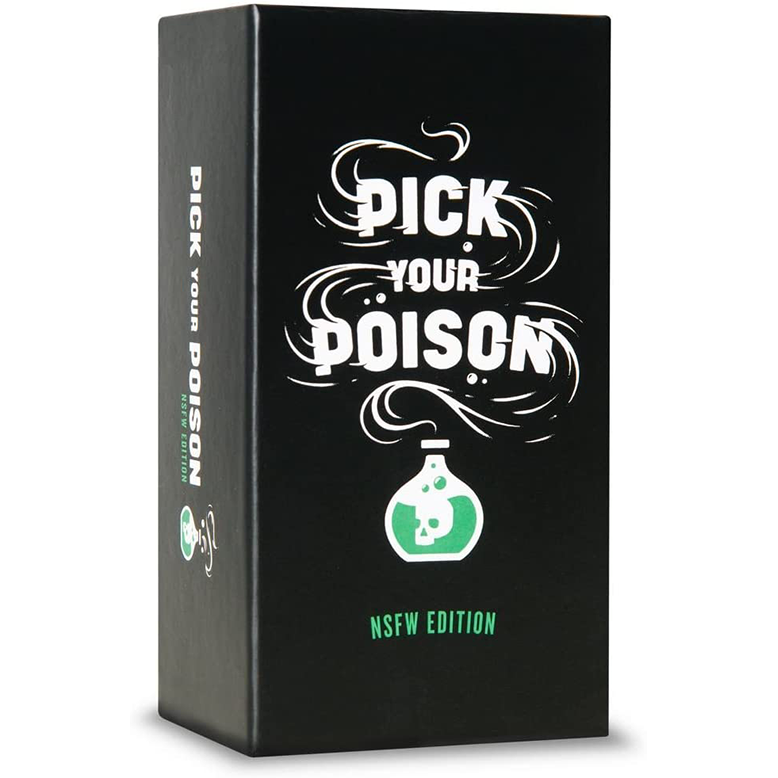 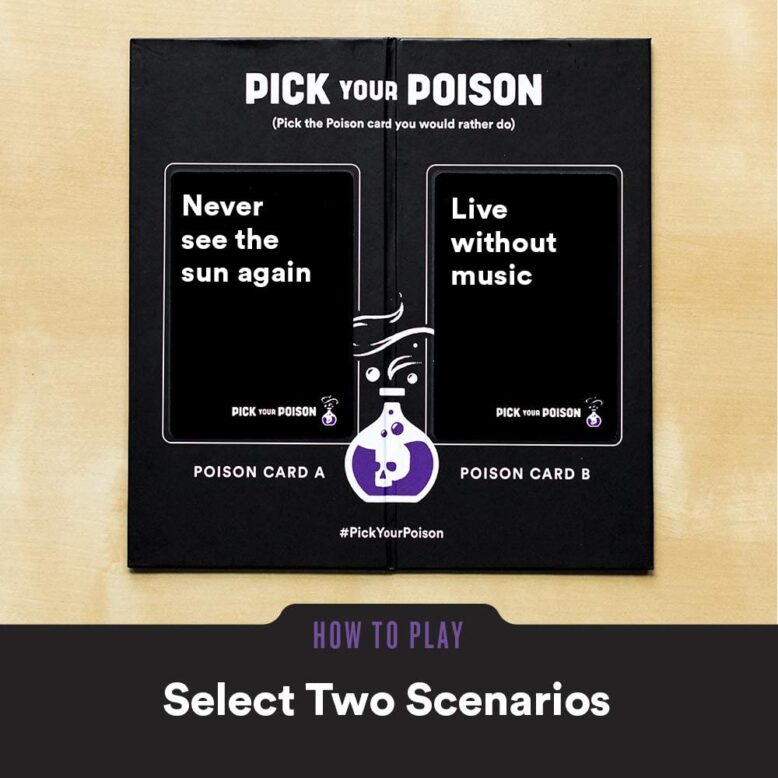 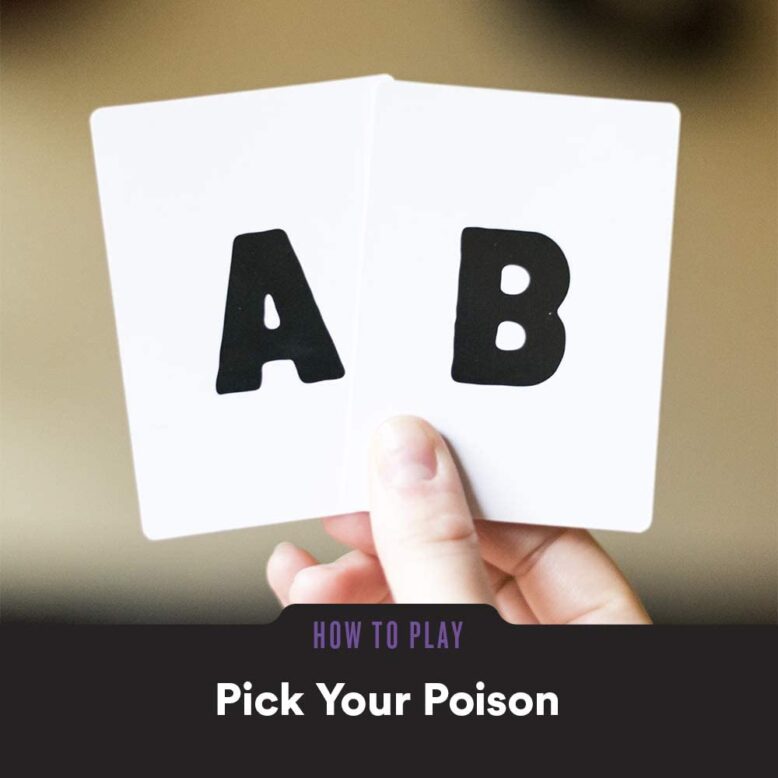 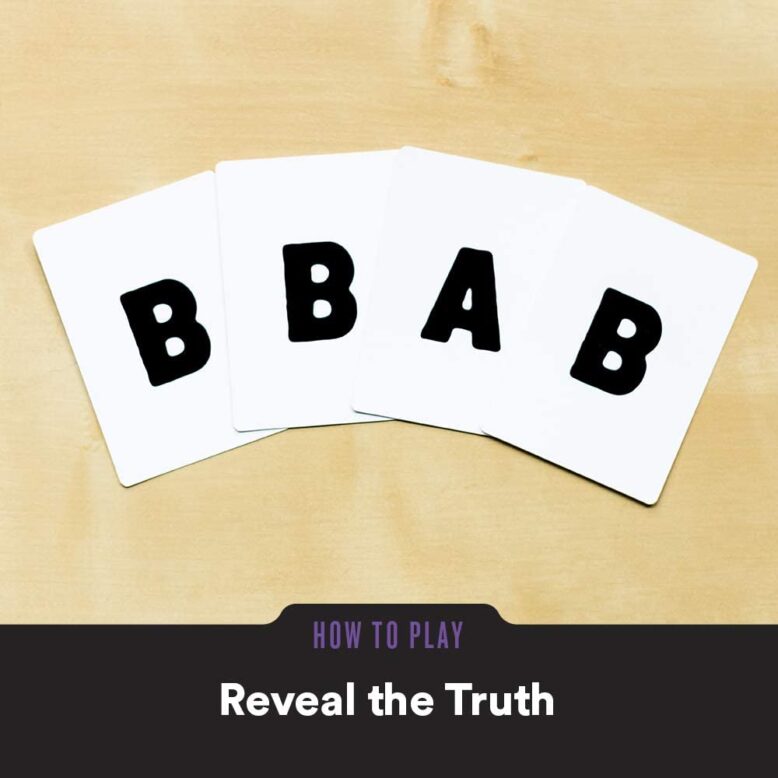 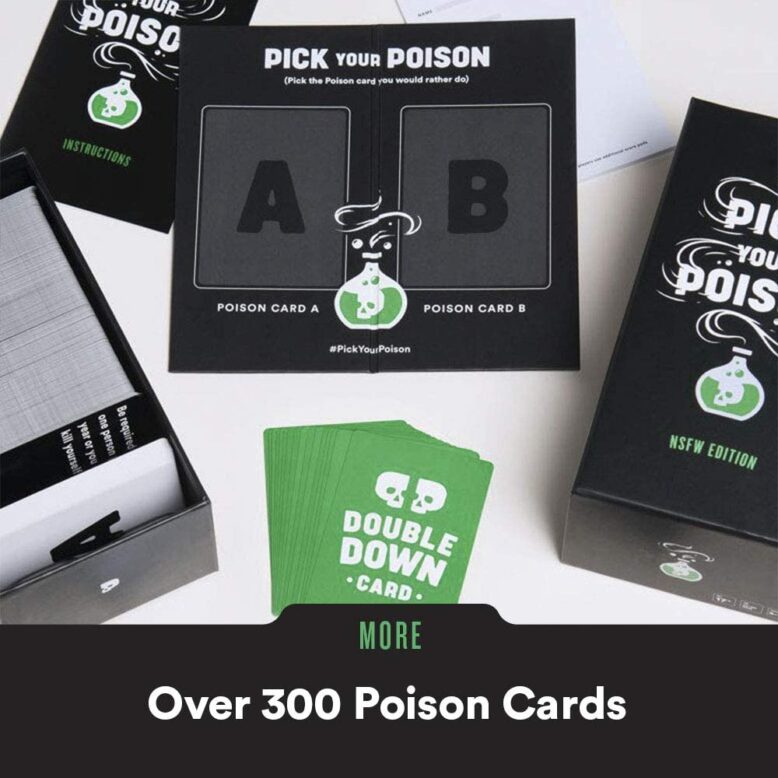 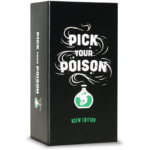 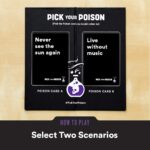 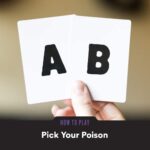 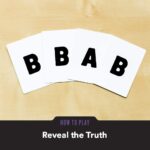 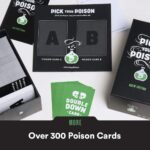 The “Would you rather…?” adult party game. Find out which of your friends is just as messed up as you thought.

Each Round one player is the Judge. The Judge combines two Poison cards creating a really hard “would you rather…?” scenario. Players ask questions about the Poison cards and the Judge expands on them as they wish. Players anonymously “Pick their poison” and hope the other players agree with them. Votes are revealed and points are tallied by the Judge. The Judge wins when players disagree, players win when they vote with the majority of other players.