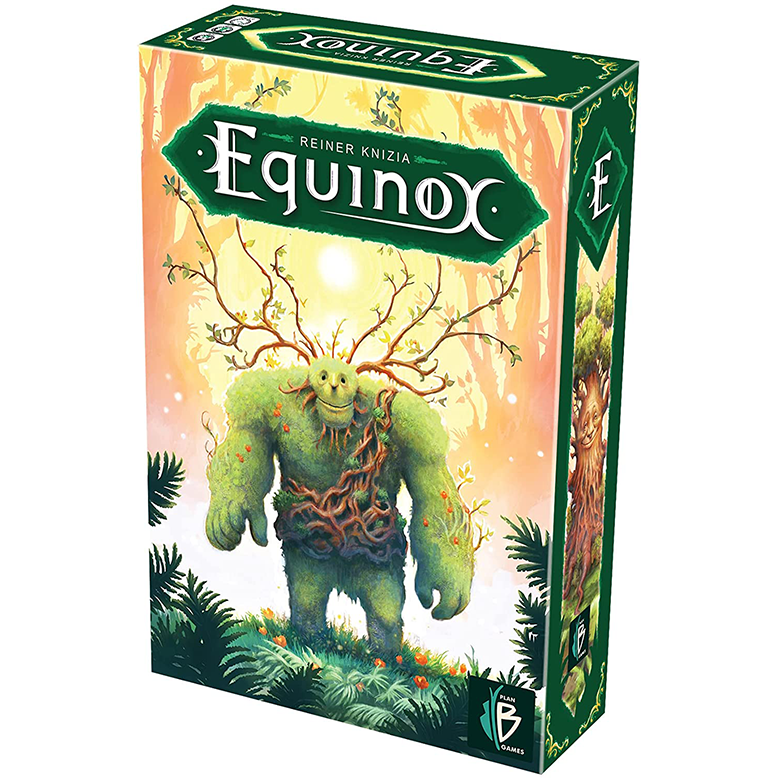 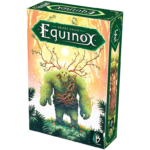 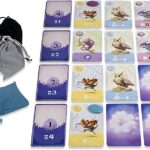 In Equinox, mysterious creatures gather in the forest in an effort to write themselves into the legendary storybook and for tales to be shared for countless generations. However, there is room for only four more stories — not every story will be recorded, so the creatures have to be cunning and clever to outwit their opponents and make the cut.

Equinox is a deeply satisfying betting game that gives players agency to influence the outcome of this competition. Each round, players place numbered power cards in front of the creatures, with the lowest-valued creature being eliminated from play. Players also place bets on which creatures they think will make it into the storybook, and you can use the special powers of these creatures to ideally turn things to your advantage.

Fans of Dr. Reiner Knizia might recognize Equinox as a revised edition of the previously released game Colossus Arena, but with two new creatures. Of the fourteen unique creatures, only eight are played in a game, which means more than three thousand different combinations are possible. To celebrate the equinox occurring twice a year, players can select from two distinct box covers, but note that the contents in each box are identical.