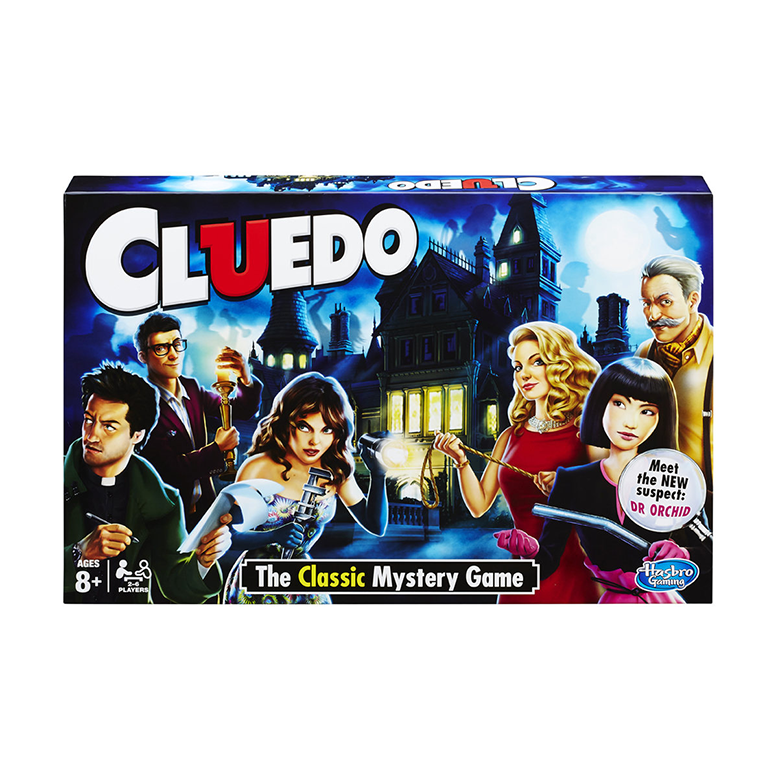 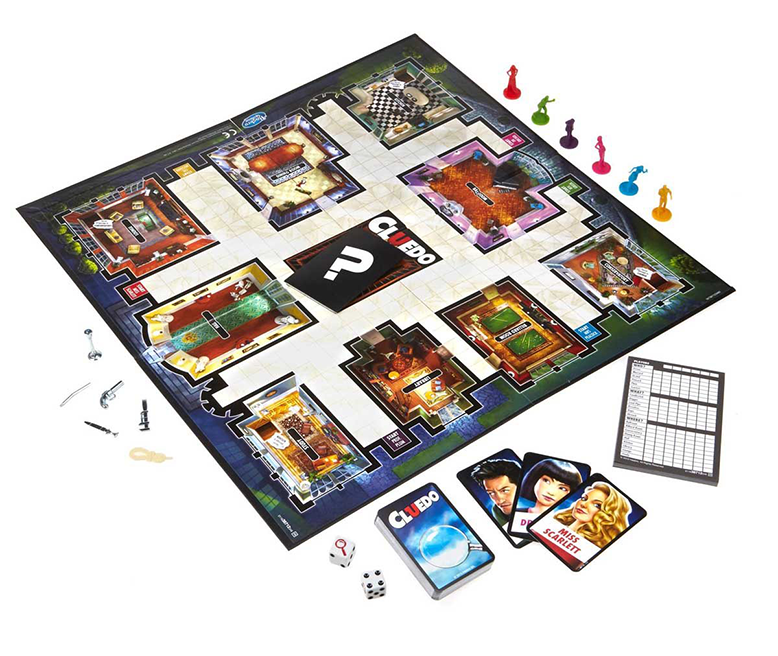 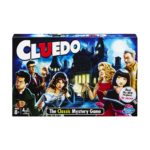 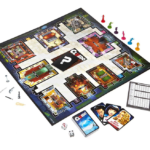 CLUE, the classic murder mystery game. Six suspects. One murderer. One weapon. One location. And, of course, one winner. Play the game CLUE and use your super-sleuthing skills to detect whodunit, where, and with which weapon. Was it Mustard in the Library with the Rope? Play CLUE the board game and figure it out.

Who?
Was it Plum the mathematical genius or White the top lawyer? Perhaps it was Scarlet the glamorous movie star? Enter the game of CLUE and through a process of elimination, a bit of bluff, and some luck with the dice, solve the mystery and reveal the cards within the secret envelope. Move around the mansion to ask CLUE game questions and see what answers you’re given. When you think you know who did the dastardly deed, its time to make your accusation. If you’re right, then you win, and you’ve cracked this mystery game.

Where?
Move from room to room to eliminate people, places, and weapons. Tiptoe through the mansion’s traditional secret passages and now, on this updated CLUE game board, slip into adjoining rooms through the brand new linking doorways. If your dice roll is too low to get into a room, head for the new CLUE Red Bonus squares. There you’ll pick a card and get to ask a bonus question, move anywhere you want, or even take a sneaky peak at a CLUE card. When playing CLUE the game, whatever you do, make sure you’re the first to guess who did it, where, and with which weapon.

Which weapon?
CLUE the board game is the classic murder mystery where you move from room to room asking questions. Did Green use the Pistol in the Kitchen, or was it Peacock with the Rope in the Study? Every room will give you a clue. Every question will give you an answer. And now, a new version of the two-player rules adds another twist to the intrigue. A mystery lies in every room, but everyone can figure it out; young or old, first-time player or an old hand, ace detective or cunning murderer.