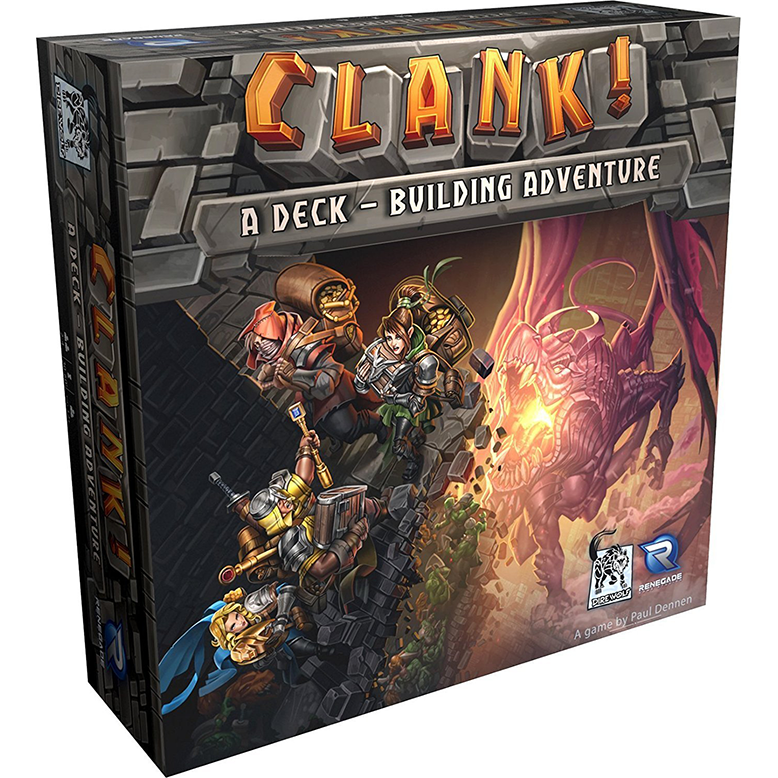 Burgle your way to adventure in the deck-building board game Clank! Sneak into an angry dragon’s mountain lair to steal precious artifacts. Delve deeper to find more valuable loot. Acquire cards for your deck and watch your thievish abilities grow.

Be quick and be quiet. One false step and CLANK! Each careless sound draws the attention of the dragon, and each artifact stolen increases its rage. You can enjoy your plunder only if you make it out of the depths alive!

Clank! is a deck-building game. Each player has their own deck, and building yours up is part of playing the game. You start each of your turns with five cards in your hand, and you’ll play them all in any order you choose. Most cards will generate resources, of which there are three different kinds:

Every time you acquire a new card, you put it face up in your discard pile. Whenever you need to draw a card and find your deck empty, you shuffle your discard pile and turn it face down to form a new deck. With each shuffle, your newest cards become part of a bigger and better deck! Each player starts with the same cards in their deck, but they’ll acquire different cards during their turns. Because cards can do many different things, each player’s deck (and strategy) will become more and more different as the game unfolds.

During the game, you have two goals: