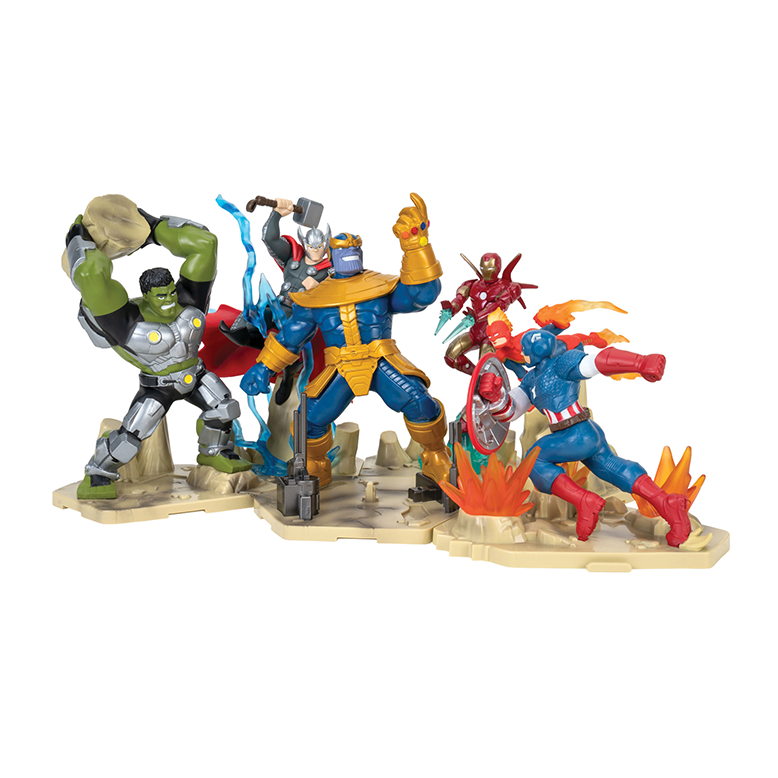 With the all new Zōteki, Marvel’s Avengers really do assemble like never before! Avengers Zōteki Series 1 is a collection of 4” collectible characters in battle-action poses with detailed bases, and can be combined to form a dynamic diorama display that is sure to be the centerpiece of any fan’s collection. Inspired by Marvel’s blockbuster 2013 comic book crossover event “Infinity”, Avengers  Zōteki Series 1 features fan favorite characters Iron Man, Thor, Hulk, Captain America, Captain Marvel, and Thanos authentically-detailed and posed for battle. Collectors can hunt down a seventh character, a mystery chase variant, to customize their display. Collect and connect pop culture’s greatest moments with Zōteki!