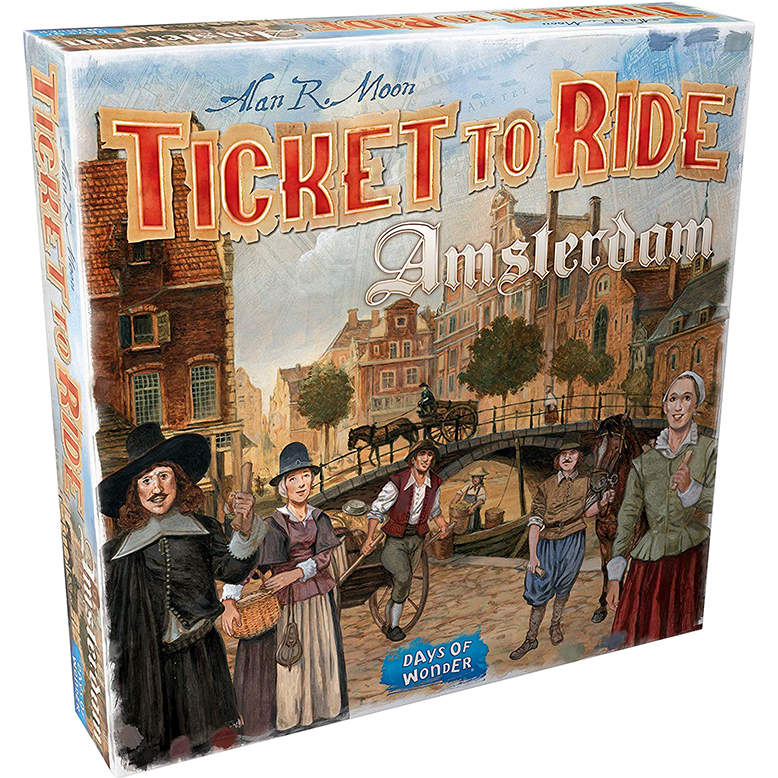 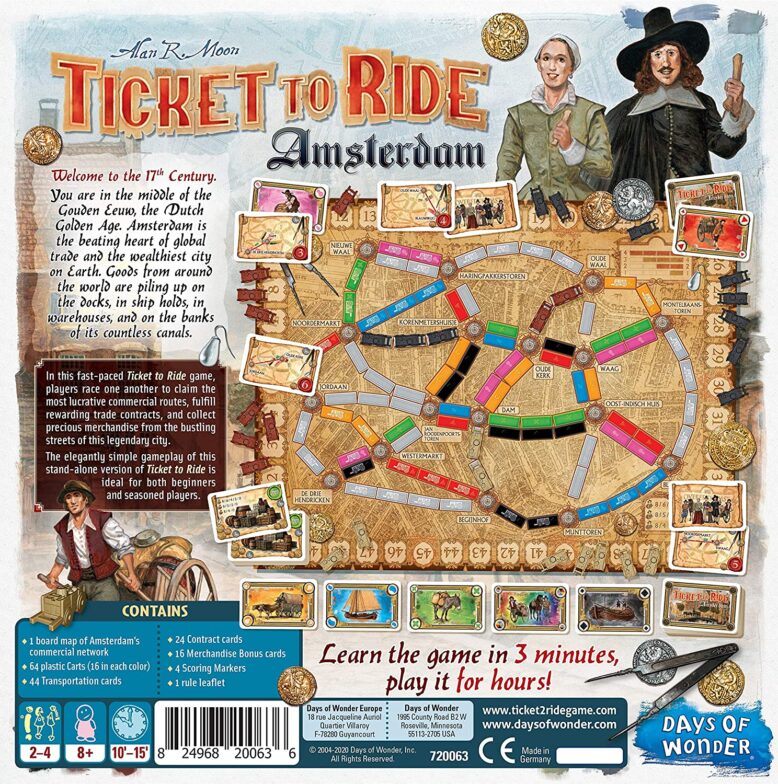 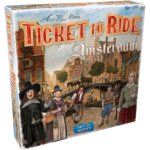 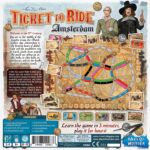 Ticket to Ride: Amsterdam features the familiar gameplay from the Ticket to Ride game series — collect cards, claim routes, draw tickets — but on a map of 17th century Amsterdam that allows you to complete a game in no more than 15 minutes.

You are in the middle of the Gouden Eeuw, the Dutch Golden Age. Amsterdam is the beating heart of global trade and the wealthiest city on Earth. Goods from around the world are piling up on the docks, in ship holds, in warehouses, and on the banks of its countless canals. You mean to profit from this!

Each player starts with a supply of 16 carts, two transportation cards in hand, and one or two trade contract tickets that show locations in the Amsterdam market. On a turn, you either draw two transportation cards from the deck or the display of five face-up cards (or you take one face-up wild card, which counts as all six colors in the game); or you claim a route on the board by discarding cards that match the color of the route being claimed (with any set of cards allowing you to claim a gray route); or you draw two trade contract tickets and keep at least one of them.

Whenever you complete a route that has carts depicted on it, with these primarily being on the perimeter of the city, you claim a merchandise bonus card.

Players take turns until someone has no more than two carts in their supply, then each player takes one final turn, including the player who triggered the end of the game. Players then sum their points, scoring points for the routes that they’ve claimed during the game, the trade contract tickets that they’ve completed (by connecting the two locations on a ticket by a continuous line of their carts), and their standing among those who hold merchandise bonus cards. Whoever holds the most cards collects 8 points, with other players collecting fewer points. You lose points for any uncompleted contract tickets, then whoever has the high score wins!