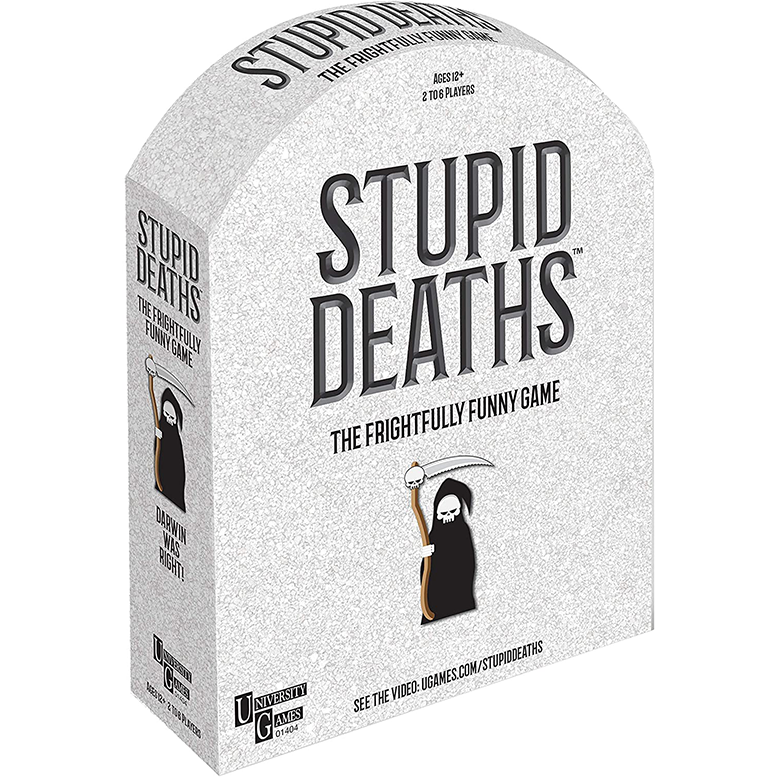 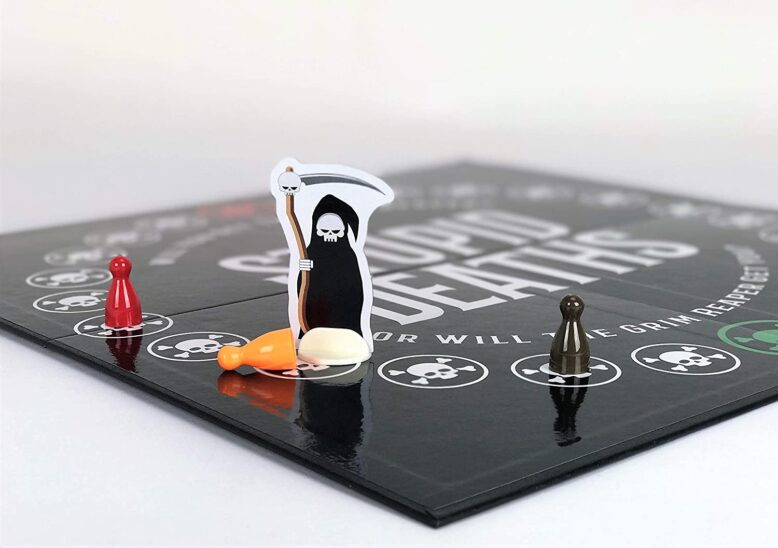 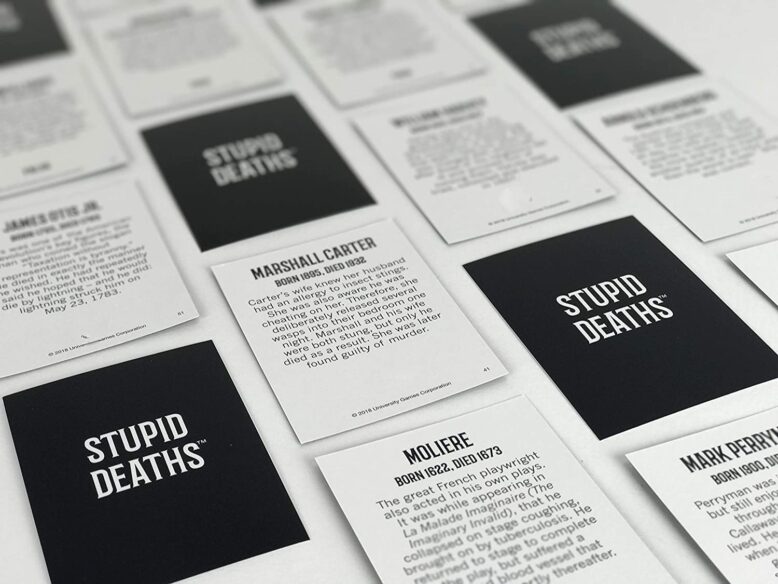 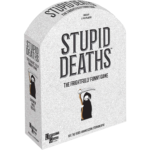 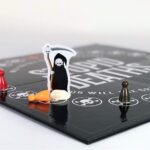 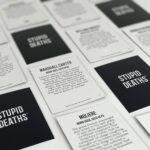 This is the game of dark fun, where players who are dead right win! Many people die in utterly ridiculous ways, and Stupid Deaths challenges players to identify myth versus fact. In this hilarious party game, players work to beat the Grim Reaper before the Grim Reaper beats them.

Players start the game with a True and a False Voting Card as well as an Extra Life Token. All the players begin on the Green space, half way around the board from the Red space where the Grim Reaper starts his chase. The first player takes the top Stupid Deaths Cards and reads it aloud, individually all the other players have to decide if the scenario is real or made up and turn over either their True or False Voting card. Each player who has voted correctly moves their player piece one space closer to home and away from the chasing Grim Reaper. For each player who voted incorrectly the player must move the Grim Reaper one space forward towards their own piece! When the Grim Reaper catches up, lands or passes a play piece, that player has been ‘touched by death’ and is out of the game unless they use their Extra Life Token to give them one more chance. It’s a race against Death to be the first player home and reach the Red space!