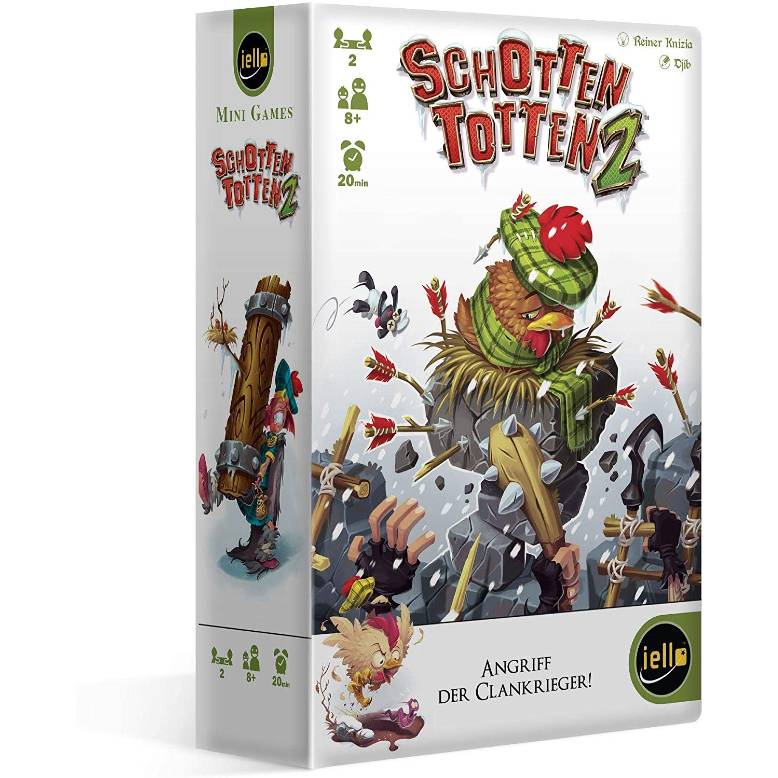 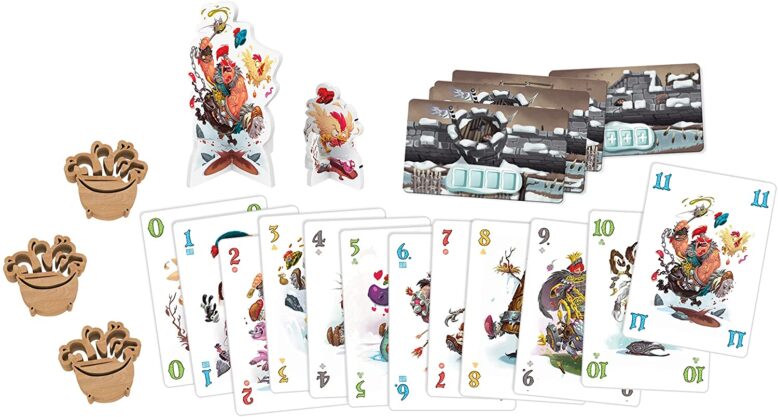 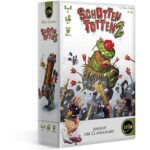 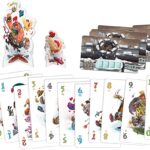 This time, one player is the attacker who is trying to breach the walls of the defender, and players will assemble their forces by playing cards into formations at seven locations on the battlefield. Locations will hold 2-4 cards as depicted on each spot, and in most cases (but not all) the strongest formation in a location will claim that spot. The strength of a location is determined by the poker-style hands that players will create by playing cards one by one.

The defender has three boiling oil tokens available to them to clear out the attacker’s cards. The deck consists of cards numbered 0-11 in five colors, along with ten tactical cards.