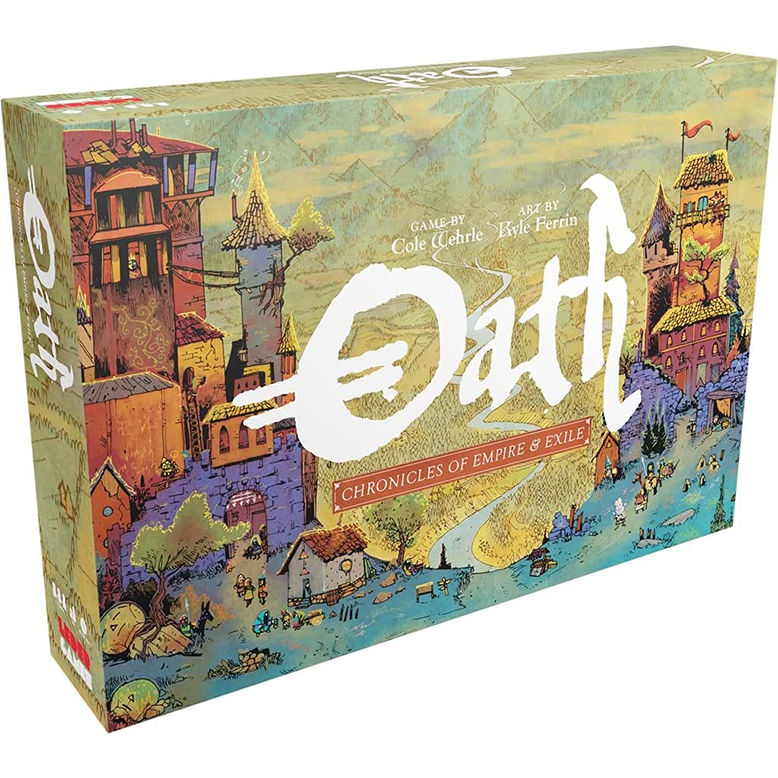 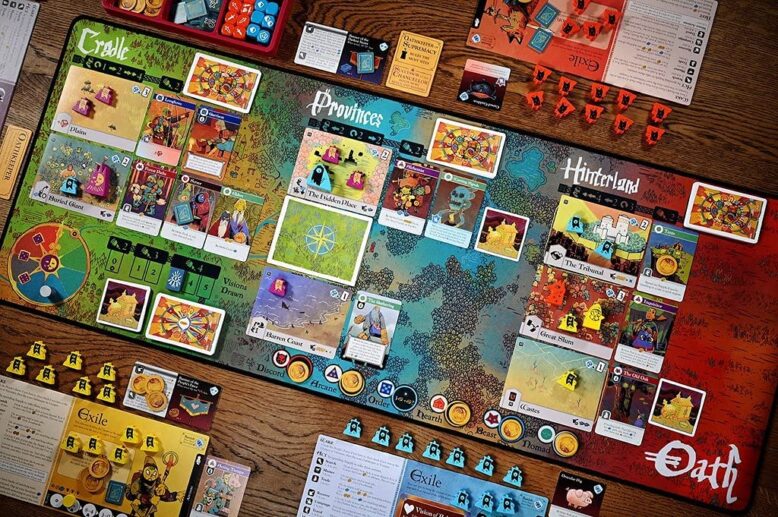 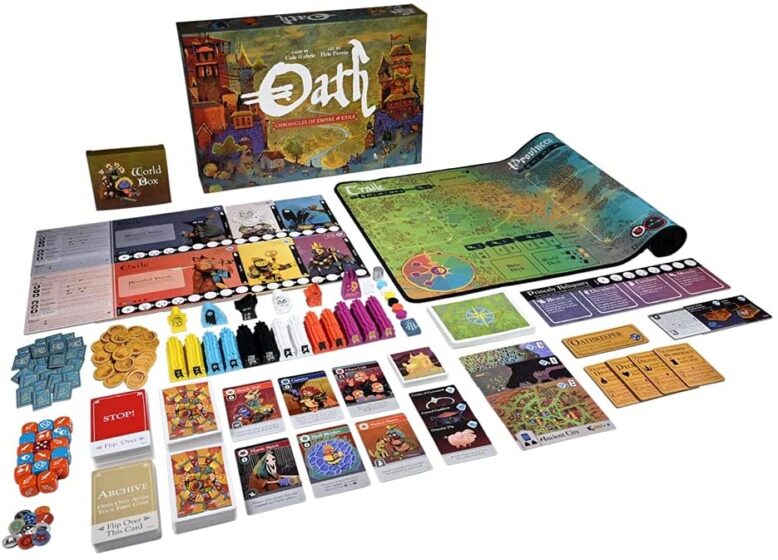 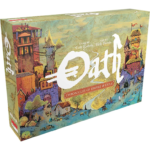 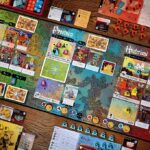 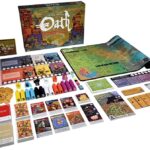 Oath: Chronicles of Empire and Exile

A Game That Remembers …

Oath: Chronicles of Empire and Exile is a one to six player strategy game where players will guide the course of history in an ancient land. They might attempt to bolster power of the Chancellor or scheme to bring the kingdom to ruin. The consequences of one game will ripple through those that follow, changing what resources and actions future players may have at their disposal and even altering the game’s core victory condition.

At the end of each game of Oath: Chronicles of Empire and Exile, players will take account of what happened in their game during the Chronicle Phase. During this phase, the game’s board will be re-centered around the territory of the game’s victor, the victory condition may be adjusted, and new cards will be introduced to the deck depending on how the previous game was won. When they have completed this process, they will have advanced the history of their world by a generation and set the stage for the next crisis.

There is no pre-written narrative or pre-determined endpoint. Oath: Chronicles of Empire and Exile is not a legacy game. Instead, it is a game about legacy where the choices the players make will determine what happens next.