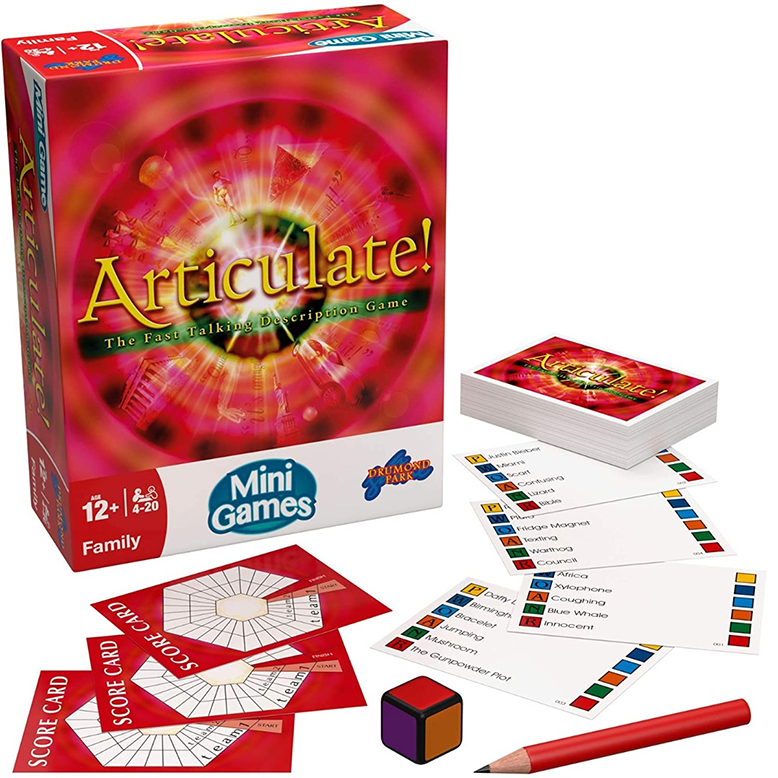 Articulate Mini game is the fast-talking description game in which you will need to be as descriptive as you’ve ever been in order to win. Bring home the king of what’s-on-the-card? games; the queen of against-the-clock gabbling and gesticulating; the prince of all-ages fun family get-togethers and the entire royal family of competitive after-dinner challenge-your-friends revelry. What can we say about Articulate that hasn’t been said already? Articulate in a nutshell: Describe a word without actually saying it might sound very simple but when you’re racing the timer and being heckled mercilessly by the other team then well, let’s just say that it isn’t. Articulate draws the shy from their shell, de-cocks the cocky and unites whole roomfuls of people in bouts of good old-fashioned hysterical laughter Enjoy this family mini-game while on-the-go, as a good excuse to gather around the table on family holidays or simply to calm your competitive thirst whenever you have people over.