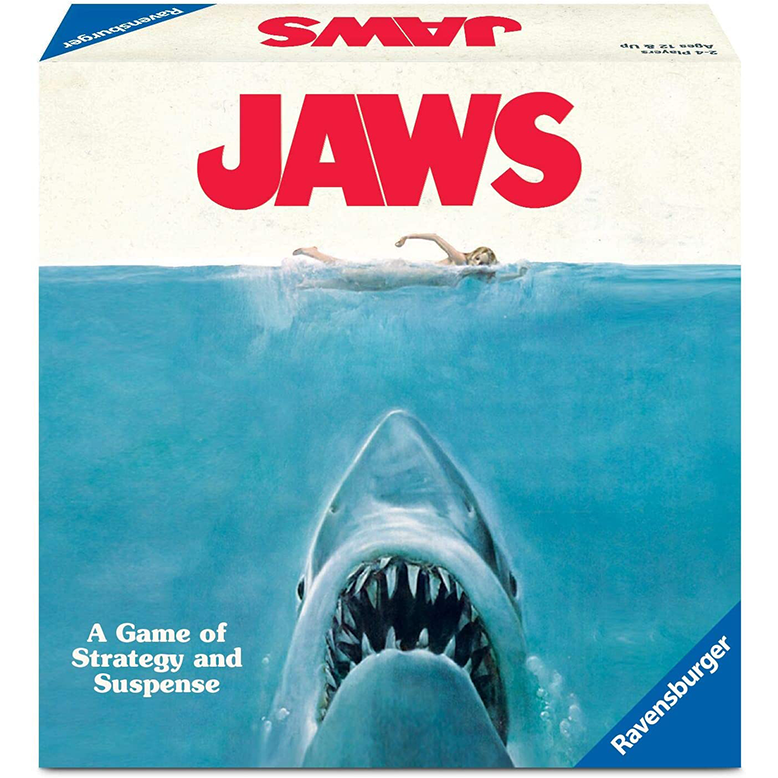 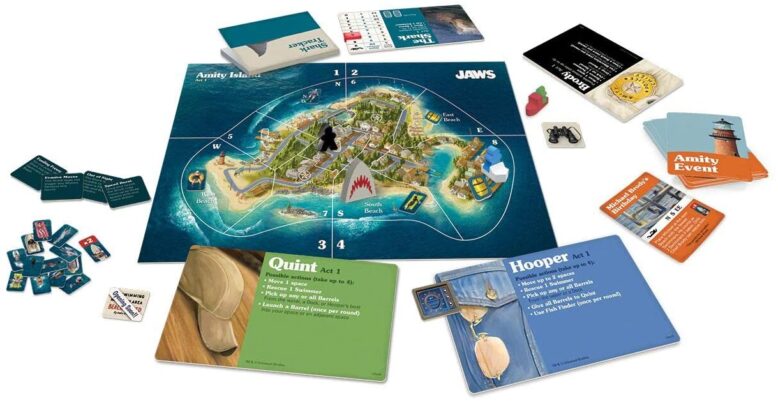 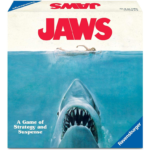 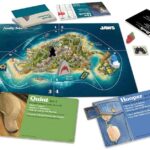 In the Amity Island phase, the shark menaces swimmers and avoids capture. Other players attempt to pinpoint the shark’s location and save swimmers from shark attacks. In the Orca phase, played on the reverse side of the game board, Brody, Hooper and Quint are aboard the sinking ship engaging in a climactic battle against the shark, while using additional action and strategy cards to defend the Orca from targeted shark attacks. If humans kill the shark, they win; if the shark attack on the Orca succeeds, the great white shark wins.