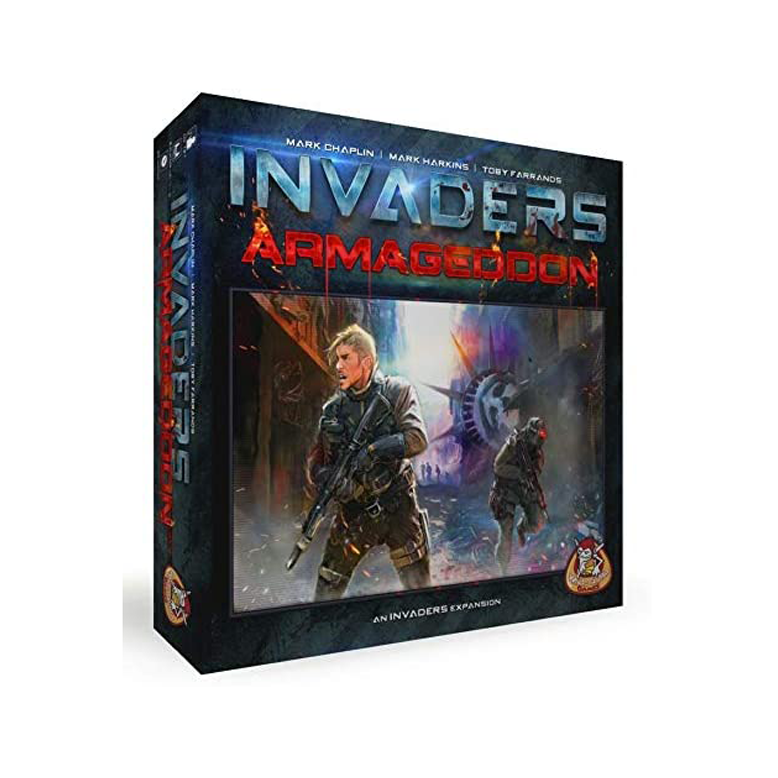 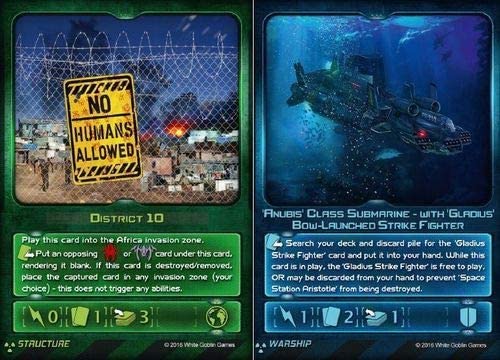 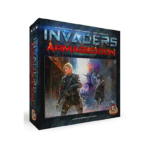 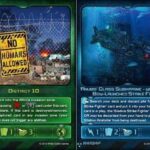 Armageddon expands the number of possible stratagems available to each player, from the board-set ones available in the base game of Invaders. Due to the hidden nature of these powerful additions, both players are kept guessing as to their opponent’s overall plan of attack – until it might be too late!

Mankind has also gained a new phase, allowing him to attack the vast alien mothership, and possibly increase his shot at victory against the alien overlords. This addition alters the way both players fight the invasion of Earth.

This expansion also adds three new theatres of conflict (coastal cities) for both sides to combat over. Along with his hand of cards, the Invader player deploys alien squids to form an ever-increasing swarm, while Mankind struggles to defend Earth with a limited number of jet squadrons.