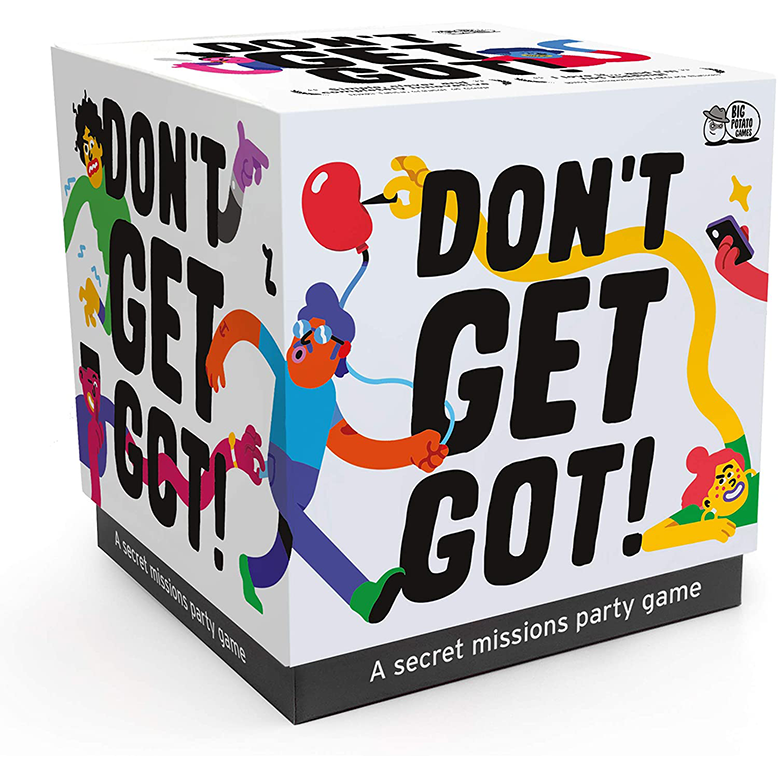 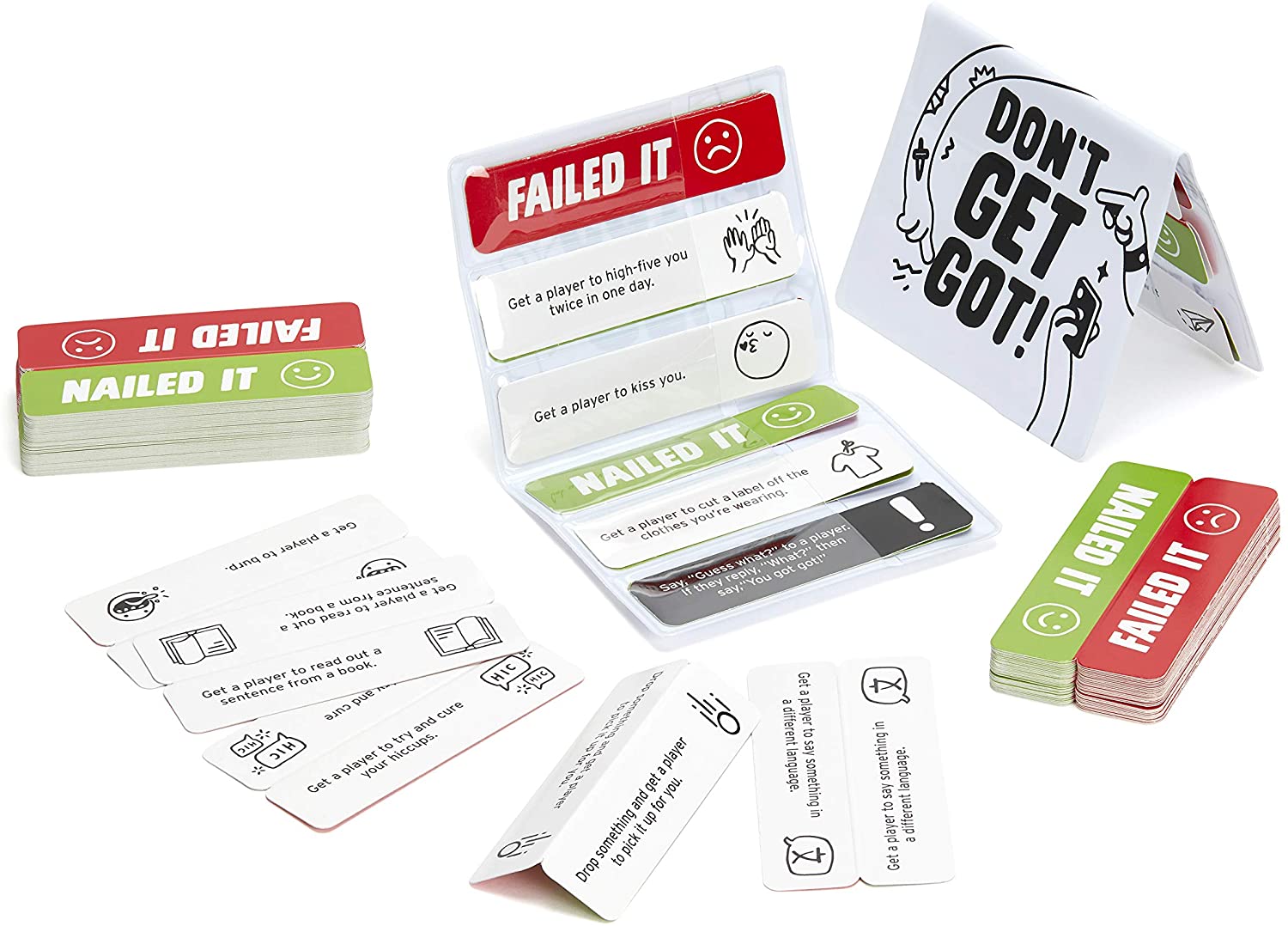 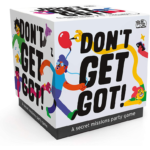 Don’t Get Got is a party game that’s not like most other party games. It’s designed to run in the background, which means that you can literally play it anywhere – at home, on a holiday, as a dinner party game or even as a drinking game. Either way, no matter where or when you play it, you’ll always have to keep your guard up… because there’s no telling what the other players might be planning.

With over 180 different missions that can be attempted in loads of different scenarios, this is one of those party games for adults and teenagers alike. To start, each player gets given a mission wallet with six mission cards, which they keep secret from anyone else.

On each card is a mission – one that requires you to trick one of the other players in some way. For example: “Hide this card inside a jar and get a player to open it”. If a player’s feeling suspicious and accuses you, you must come clean and remove that mission from your wallet.

However, if they open the jar without thinking too much about it, then success – you’ve scored a point! Wave the card in their face and tell everyone in the game that you’re officially one step closer to winning the adult family game. The first player to successfully complete three of their missions wins.