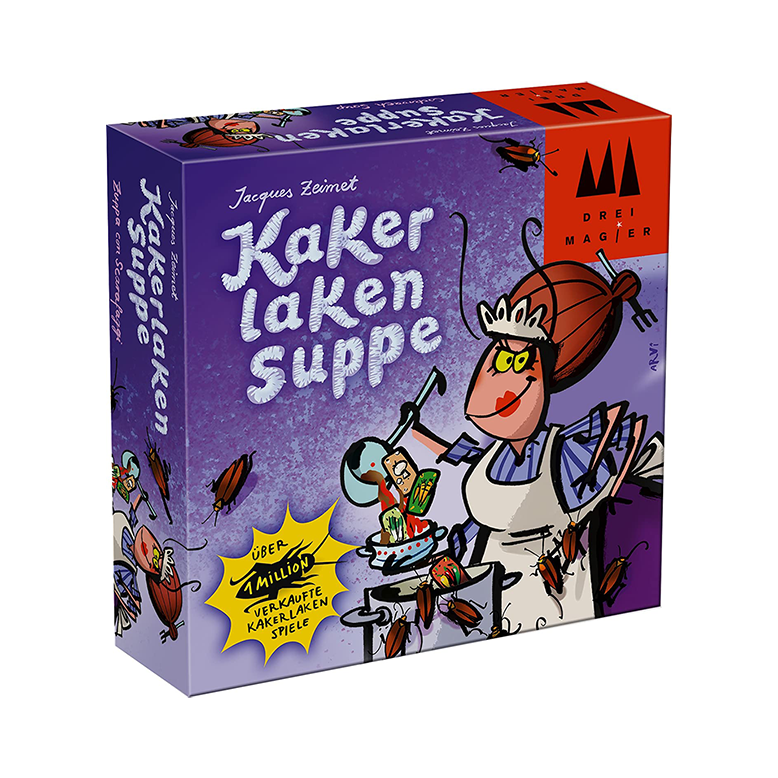 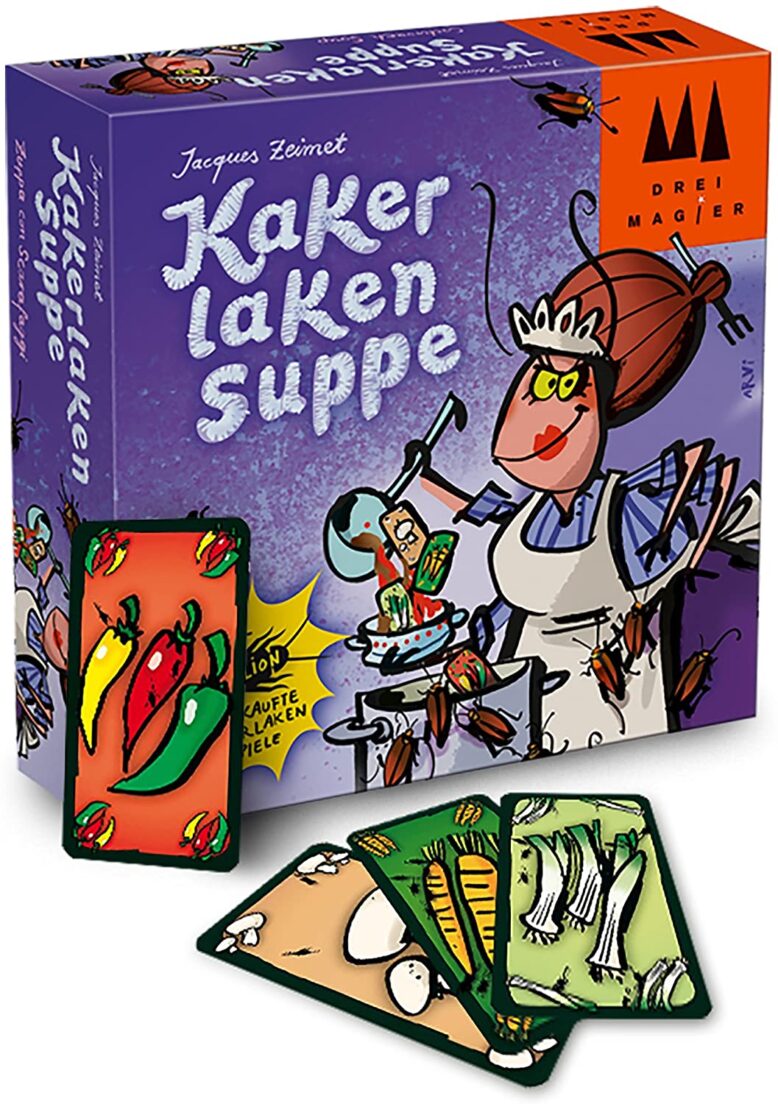 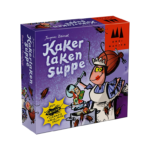 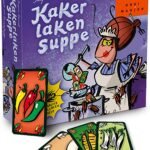 In Cockroach Soup players work together to create a soup from leeks, peppers, carrot and mushrooms – but they won’t always be saying which ingredient they’re adding to the pot!

The 128 cards – 112 vegetable cards in the four types and 16 “taboo” vegetable cards, four of each type that bear cockroaches – are shuffled and divided among the players. On a turn, a player plays the top card from his deck onto the central pile of cards, naming the vegetable as he plays it, e.g., “Pepper!” – except in the following situations:

Make a mistake or stumble or hesitate too long, and a player must pick up all cards played to that point in the game. The first player to run out of cards wins! Can be combined with Cockroach Salad.