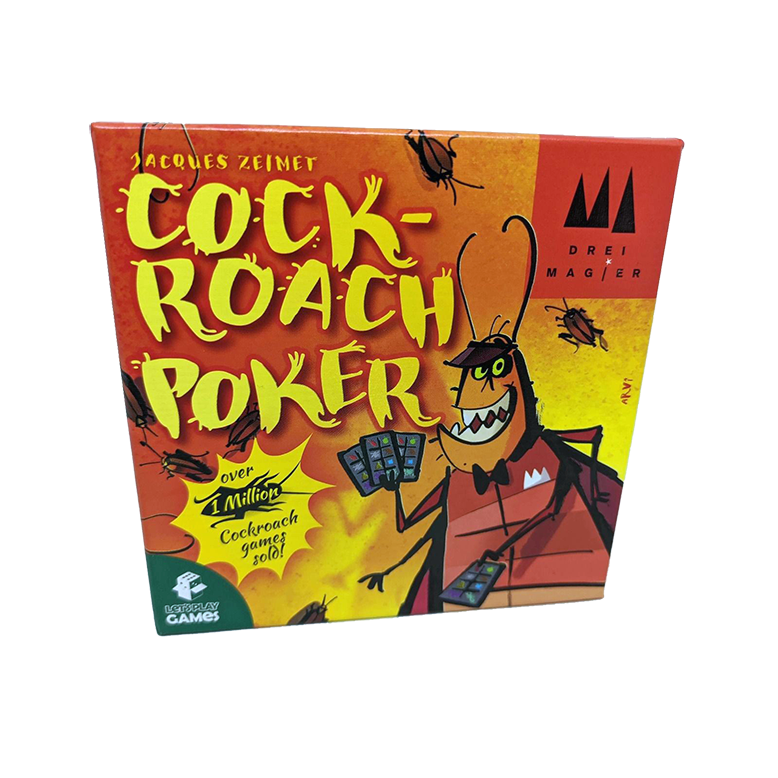 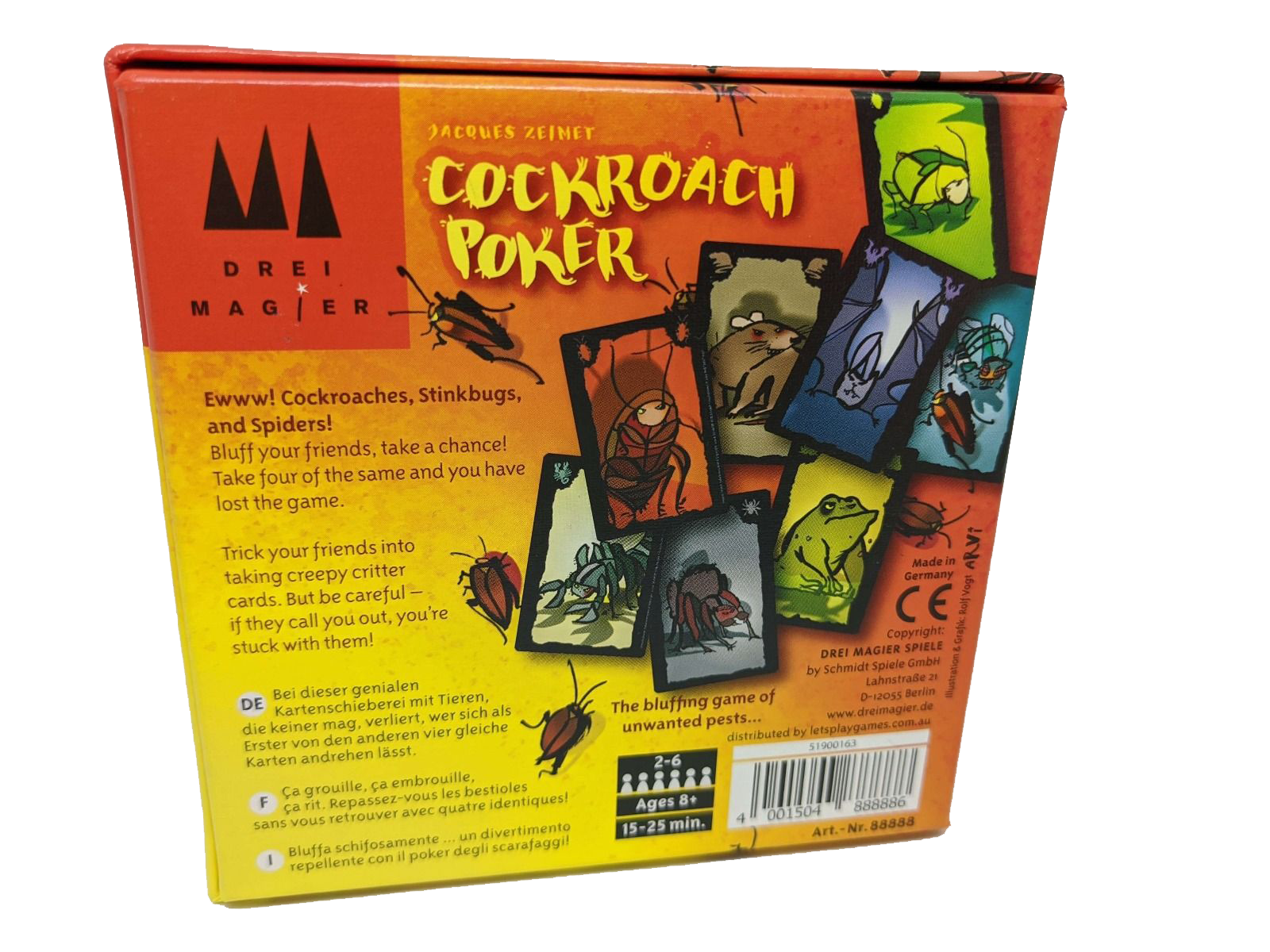 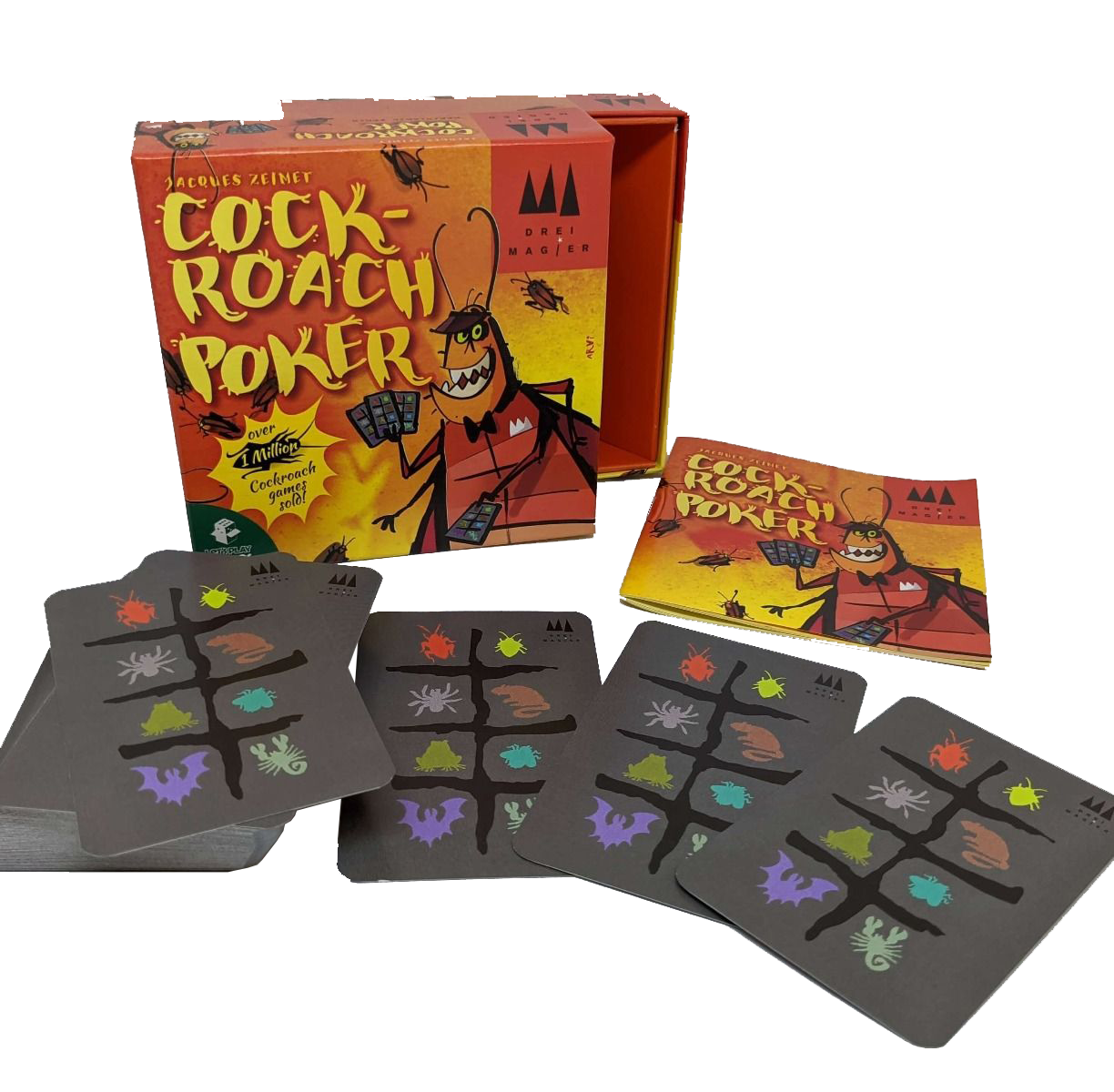 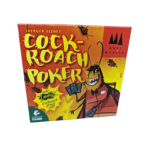 Cockroach Poker is a reverse set collection game that has nothing to do with poker – except that the game is all about bluffing, with cards that show cockroaches, rats and stink bugs. The goal is to force another player to collect 4 of any one type of critter.

The deck includes 64 cards, with eight copies of eight types of critters. To set up the game, shuffle the deck and deal the cards out to players.

On a turn, a player takes one card from his hand, lays it face down on the table, slides it to a player of his choice, and declares a type of critter, e.g., “Stink bug”. The player receiving the card either

Whoever lost a challenge and had to place the card before him on the table begins the next round.