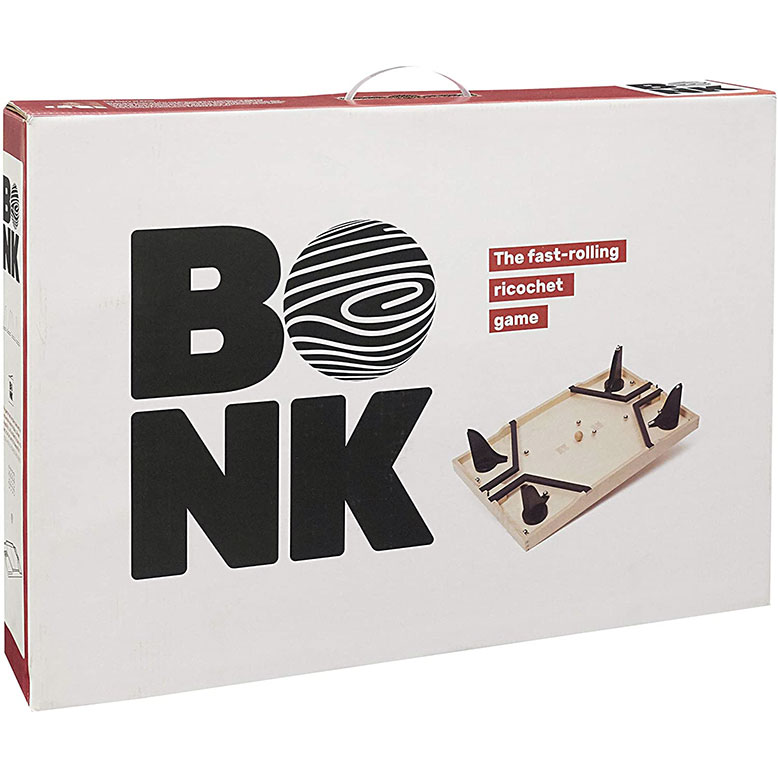 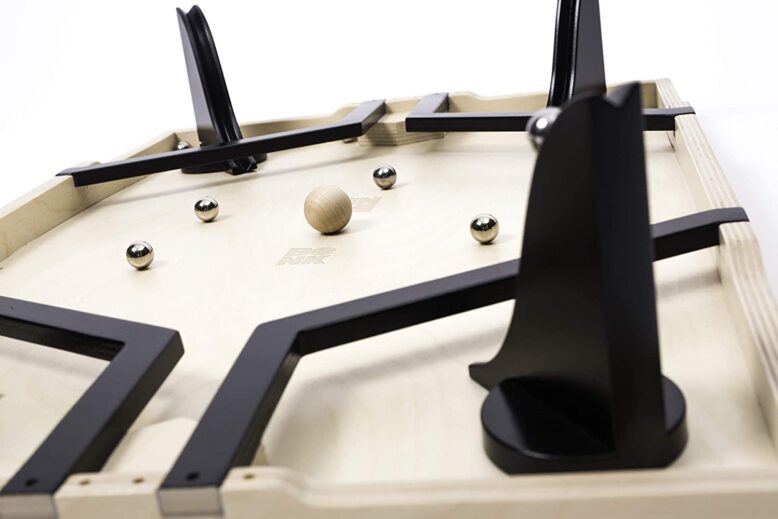 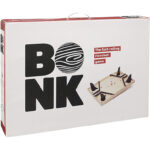 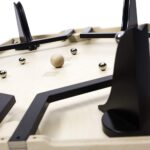 BONK is a fast-rolling ricochet game that’s ideally played with four players. Your goal? Roll steel balls down your slide in order to knock the wooden ball in the central arena into your opponents’ goal. Players compete in teams of two, with each team trying to protect one goal between them. (If you play individually, you will likely need to alternate between slides as it’s difficult to roll balls down both slides at once.)

If you run out of steel balls, then you’re at the opponents’ mercy until they shoot, which will likely land a steel ball on your side of the board. If you knock the wooden ball into the opponents’ goal, you score a point, then the next round begins with the steel balls remaining on the half of the board where they’re currently located. The first team to score five points wins!